In terms of size, the Panasonic RK-T28 cupwheel electronic typewriter is one of those machines (reasonably lightweight and with a carry handle) that hover between the portable and compact categories.

However, since a true definition of “compact” is synonymous with “semi-professional”, the performance of the RK-T28 leaves it firmly in the portable camp.

It seems to me the RK-T28 is slower than my 12 cps portable Panasonic KX-R250. On first use, the time lag between a key press and impact on paper is off-putting. 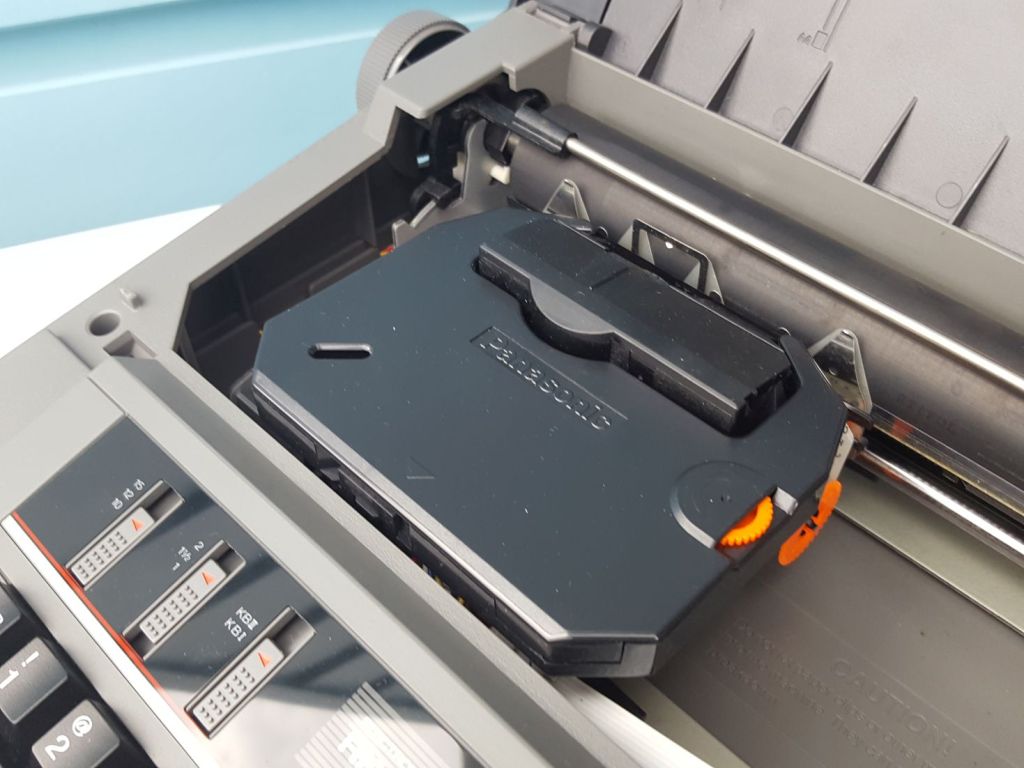 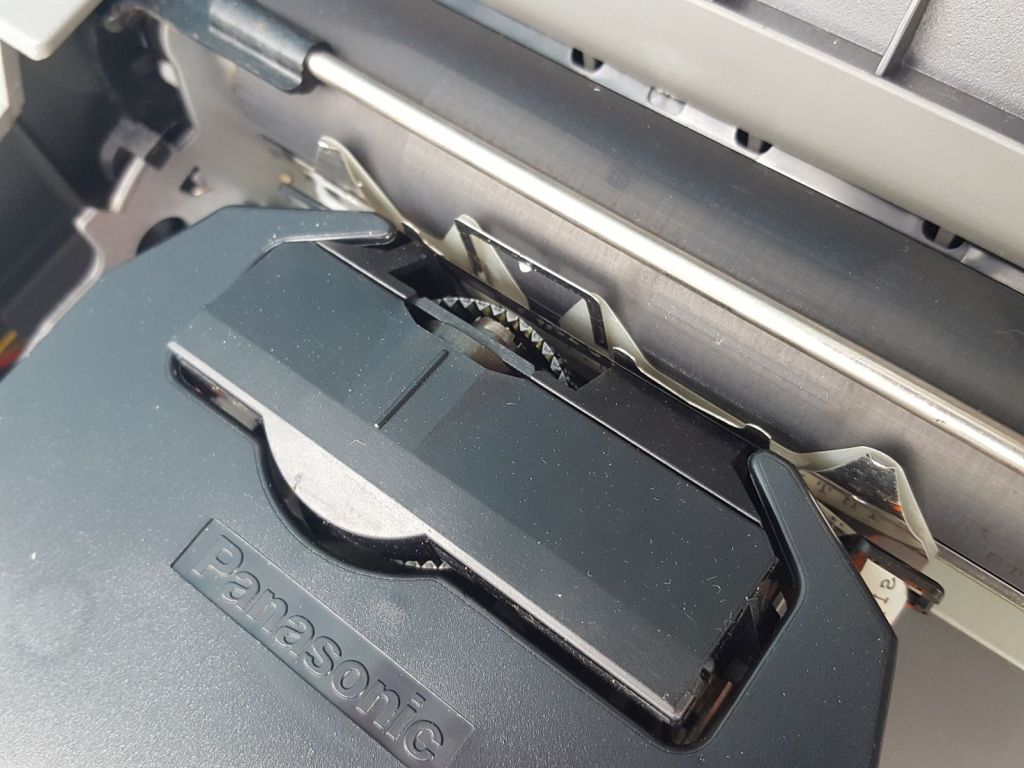 Without an instruction guide I’m not sure how to change the cupwheel. Access to the wheel seems to be via a “door in the floor” below the right-hand side of the platen …

Much like the “Spinwriter” printer thimbles introduced by NEC in 1977, the Panasonic cupwheel has two rows of characters that run around the upturned spokes of the wheel.

There are 48 petals and 96 characters, which is equivalent to most daisy wheels, but less than the 64 petals and 128 characters on a Spinwriter thimble.

The pairings on each spoke of the wheel, with the exception of two pairings (w W and m M), are not lower and upper case equivalents of the same letter, as you might expect. 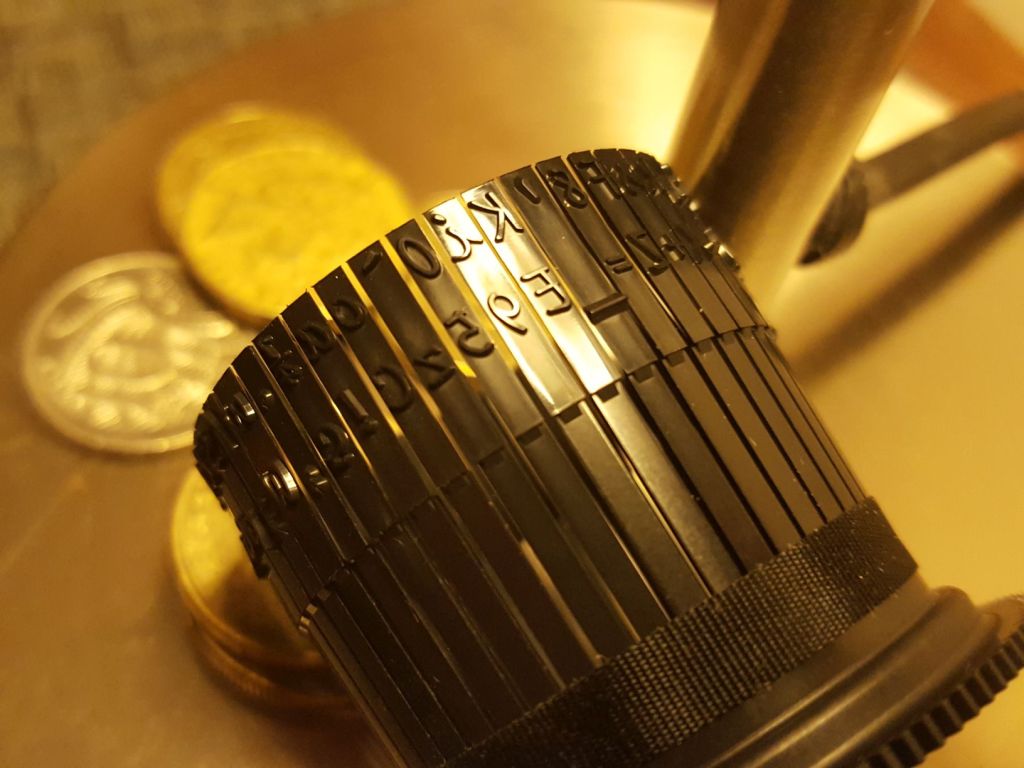 The frequency of use of lowercase and uppercase letters, special characters and punctuation marks in English is ( I assume) what determines their proximity to one another.

If, like me, you were hoping that a cupwheel typewriter might be faster and quieter than a comparable daisy wheel typewriter, you’ll be disappointed.

While some RK-T models can be interfaced with a computer for use as a letter quality printer, I get the impression that the cupwheels would not stand up to heavy use (in their advertising, Silver Reed claimed this capability for their early EX series daisy wheel electronic typewriters). 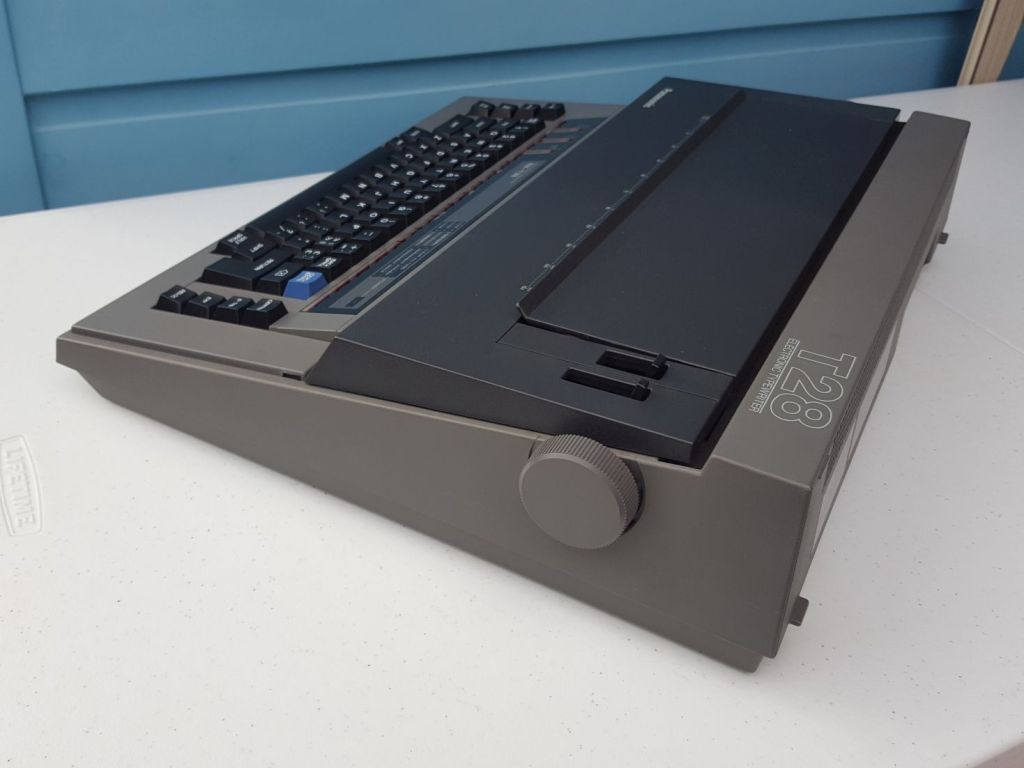 Having said that, these RK-T series typewriters are attractively sleek, have a good build quality and (assuming they were designed primarily for home use) are more than suited for purpose.

According to Panasonic themselves “the cupwheel print element provides remarkably sharp letter-quality”. This is true. 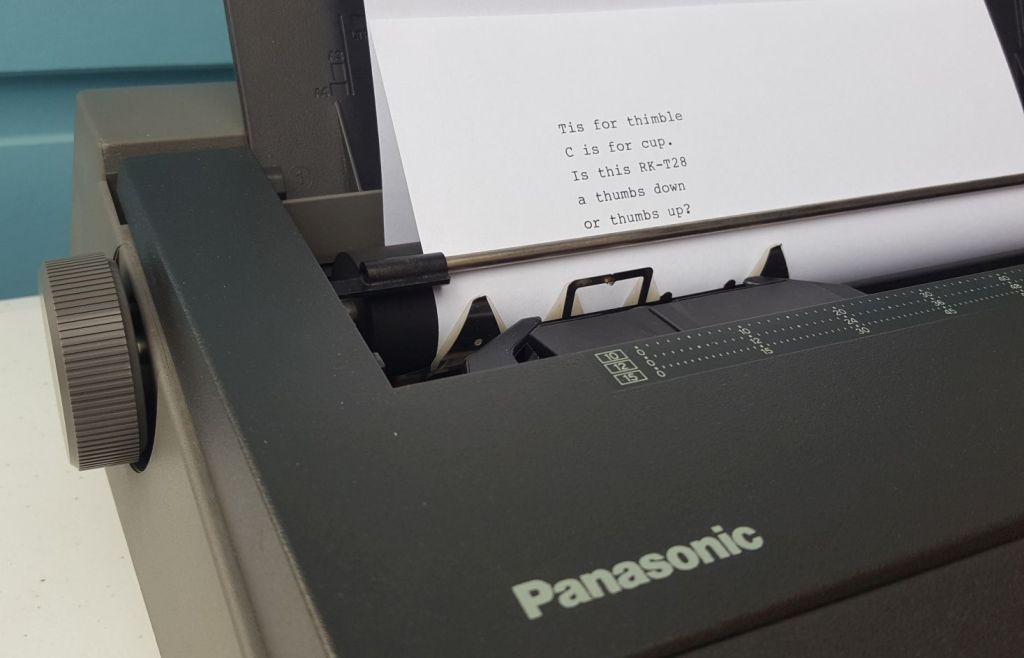 Unfortunately, the bidirectional back and forth of the cupwheel suffers from a stutter that the Emperor Claudius would have been proud of.

Only time and familiarity will tell whether this impediment becomes an endearing feature.