It’s a heavy machine, bigger than many “compact” office machines, yet much lighter than the Selectric typewriters it replaced.

The keyboard is spacious and has a nice tactile feel to it. A good choice for anyone wanting to learn how to touch type after years of two-finger typing on a computer keyboard. 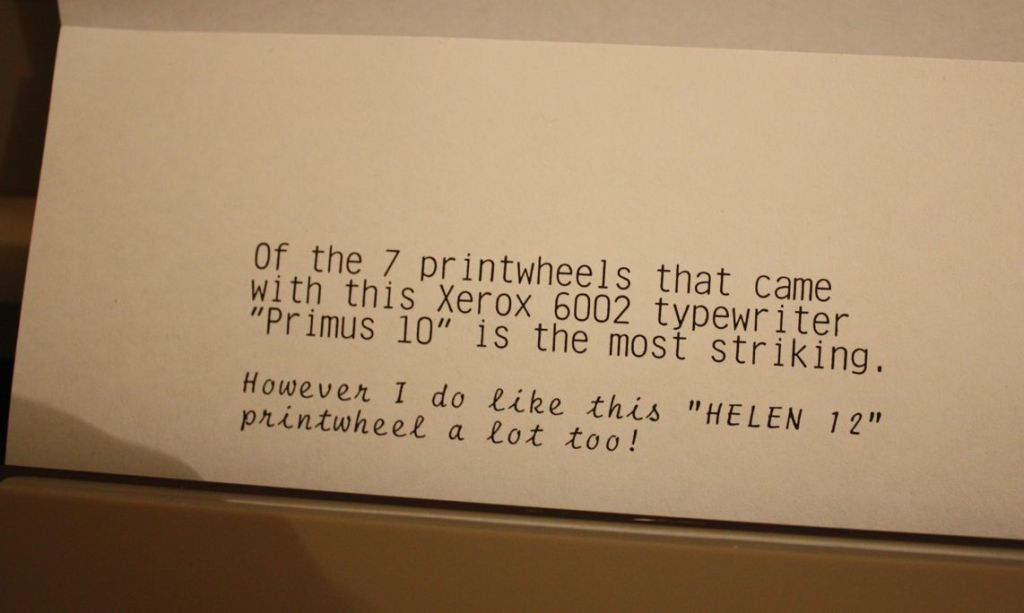 For most of us the name Xerox is synonymous with photocopiers and printers, but did you know they were also big players in the electronic typewriter business?

“In 1972 a team at Diablo Systems led by engineer David S Lee developed the first commercially successful daisy wheel printer.  Xerox acquired Diablo that same year and later adapted Diablo’s daisy wheel technology into a typewriter that sold for less than $50. An automated factory was built near Dallas that took less than 30 minutes to assemble a Xerox typewriter. The Xerox typewriter was well received but never achieved the projected sales numbers due to the advent of the PC and word processing software.” (Wikipedia)

Not surprising then that, by the early 1990s, Xerox had resorted to giving typewriters away with their copiers…

A  rubber gasket inside the left-hand platen knob is marked “Made in Italy”. The typewriter itself has a U.K. plug.

An online search on “Xerox 575 printwheel” (the 575 is an earlier Triumph-Adler model without an LCD screen) brings up printwheels  compatible with Adler /Royal. Throw “IBM” and “Juki” brand names into the mix and things start to get confusing.

Fortunately, I’m not alone in being confused.  Here’s part of a reply to a post on the Yahoo Golfball Typewriter Shop forum :

“Worldwide the models made by Triumph-Adler can get confusing – same machine, multiple models. Quite apart from it’s own corporate lines Triumph (mainly Germany), Adler (worldwide), Royal (US) & Imperial (UK), you then had all these sub-models such as Alpha, Gabriele, Satellite etc. Gabriele was an Adler portable brand for many years and very well respected.

I was immediately impressed with the model we had which was the TA Gabriele 9009, equal to your Satellite. The TA SE310 came not too long after and further models not long behind.

Then it also appeared as the IBM 6715 Action Writer, and also Xerox has one or two models. The Xerox 6002 had an LCD so this is most likely similar to the SE310, whereas IBM never had an LCD model sourced from TA. I do not know if Xerox had a non-LCD model, the 6002 is the only one I have a picture of.”

Xerox did have a non-LCD model (in fact they had several). The aforementioned Xerox 575 for example (that single, chunky platen knob is a strong indication of its German origins): 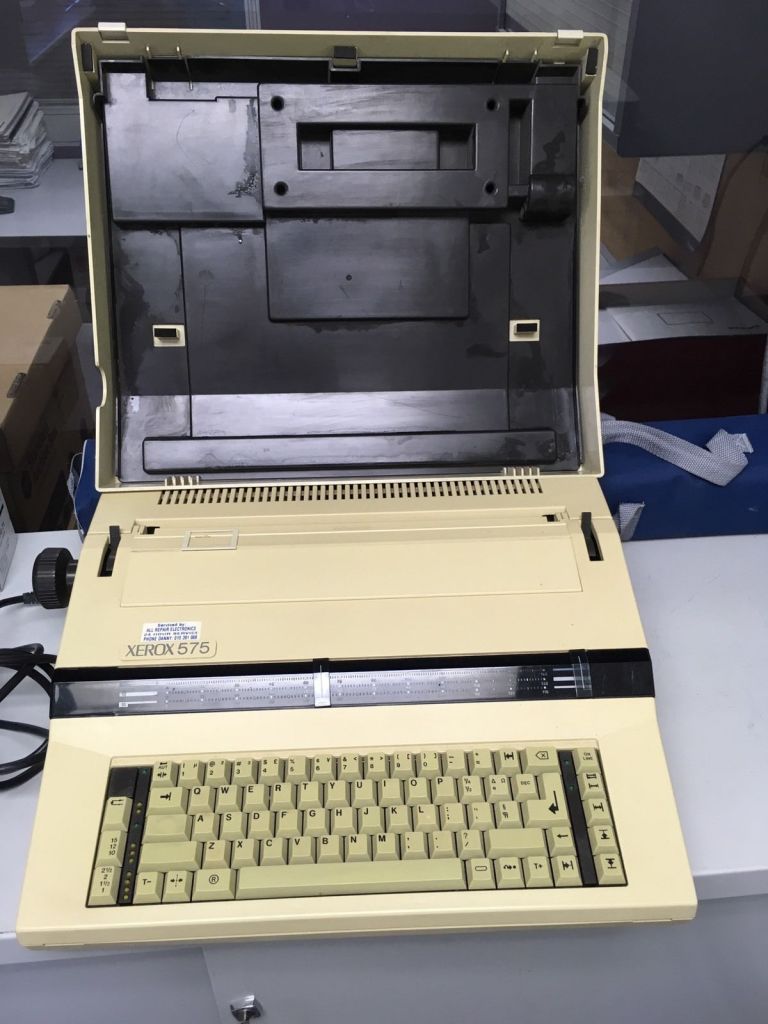 The Xerox 575, the 6001 and 6002 electronic typewriters were all sourced from what was then TA Adler-Royal – as were the IBM 6715 Actionwriters sold by IBM … 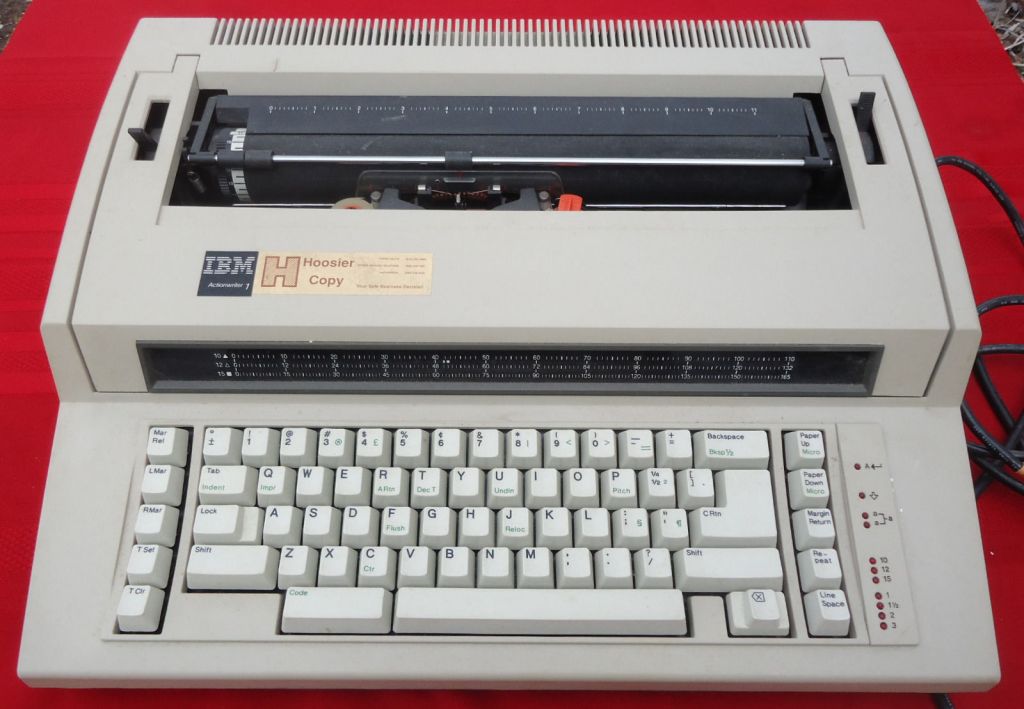 There are undoubtedly many more brand name variants. Open up the lid of an ’80s wedge and what you’ll find is a great big can of worms.¹

p.s. I was very wrong in thinking that the Juki 2200 was a T-A clone. It simply makes uses of a T-A printwheel (and an Olivetti ribbon cartridge). Live and learn!

10 thoughts on “The Typewriter Copiers”