Born Børge Willy Redsted Pedersen in 1917 in Fredensborg, Denmark, Sven Hassel joined the merchant navy at the age of 14. He did his compulsory year’s military service in the Danish forces in 1936 and then, facing unemployment, joined the German army.
He served throughout the Second World War on all fronts except North Africa. When the war ended in 1945 he was transferred between Russian, American and French prisoner-of-war camps, and upon returning to Denmark, was sentenced to 10 years in prison for treason.

Hassel began writing LEGION OF THE DAMNED during his time as a prisoner of war. His 14 Second World War books, which draw on his own encounters and experiences as a soldier, have sold over 53 million copies worldwide and have been published in more than 50 countries.

He would write his drafts in the afternoons, and the following day he would dictate these to his wife. Once this was done they would go through the drafts together. After school, his son would then likewise go through the drafts and add his comments. Hassel’s wife was his editor at the time, so to speak. They were a team. Chapters and excerpts would also be read out aloud to friends and family for feedback. When this first round of edits was completed, he would go back and rewrite the book with his handwritten comments. It was all done on the old and trustworthy typewriter.

This process would be repeated numerous times until he was satisfied and ready to turn in his manuscript. It took 2-3 years to write each book back then. 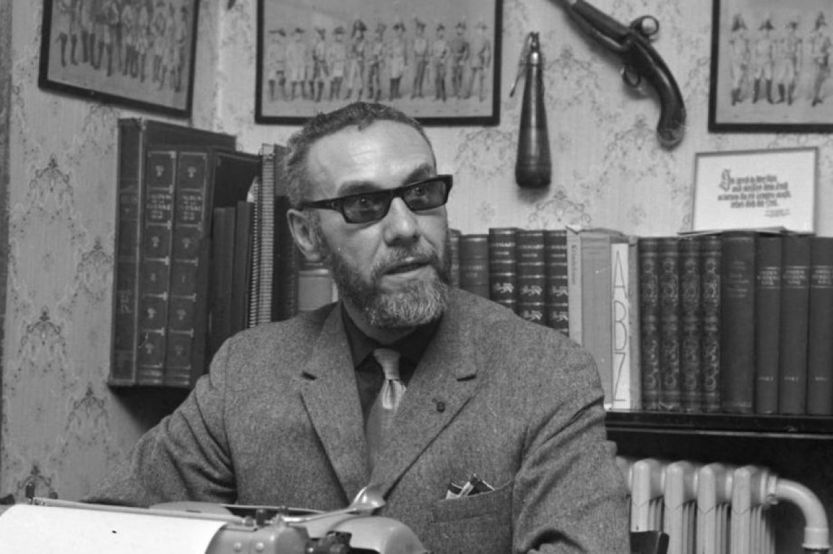 Sven Hassel and his Rheinmetall KsT. Identification is easy, especially if you happen to own one … 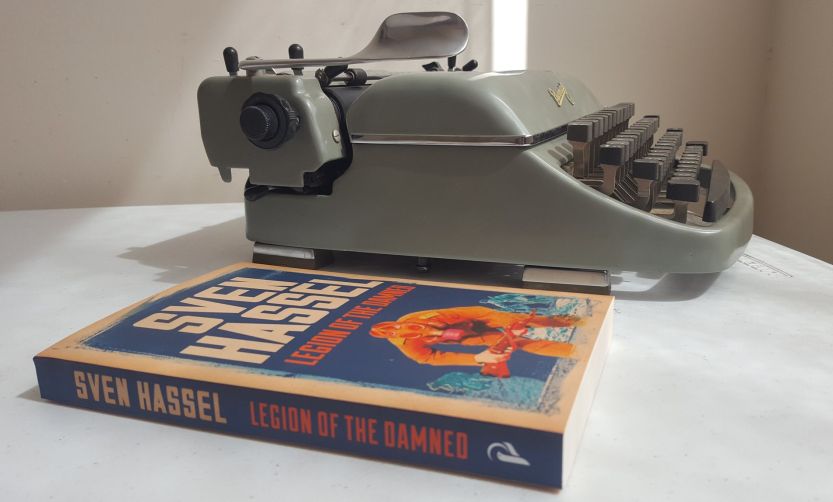 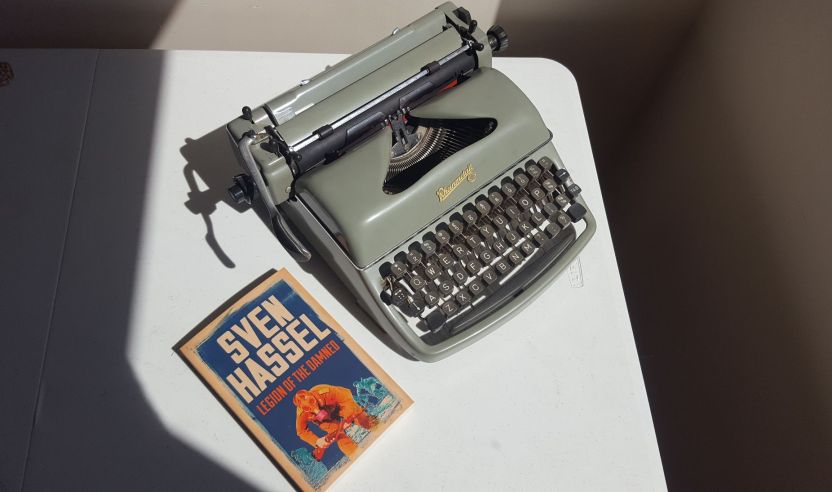 There are several references to typewriters in Hassel’s novels:

‘A case of the D.T.s, I shouldn’t wonder. He’s a war correspondent. They’re always the worst kind. Anyway’ — he laughed, darkly — ‘he won’t be doing any more corresponding yet awhile. He smashed up his typewriter after he’d gone through his first two bottles of whisky. Said it couldn’t spell. I ask you! Said his typewriter couldn’t spell … and they cost money, you know, typewriters do. I tried to put it back together, but he’s a big bugger, he made a thorough job of it, I’ll say that for him.’

‘What can we offer him?’ asks Muller, looking at Wolf and Porta.
‘Ten tins of pork.’ suggest Porta, largely.
‘No, no,’ says Hofmann, ‘the yids don’t eat pig meat!’
‘I’ve got some ugly-looking Russian typewriters,’ says Porta. ‘Think he’d like to write on Russian machines? They’re sure to be all the rage after the war!’
‘He’s got all he wants of typewriters at H.Q.,’ Hofmann rejects the idea, irritably. ‘German ones. Think again.’ 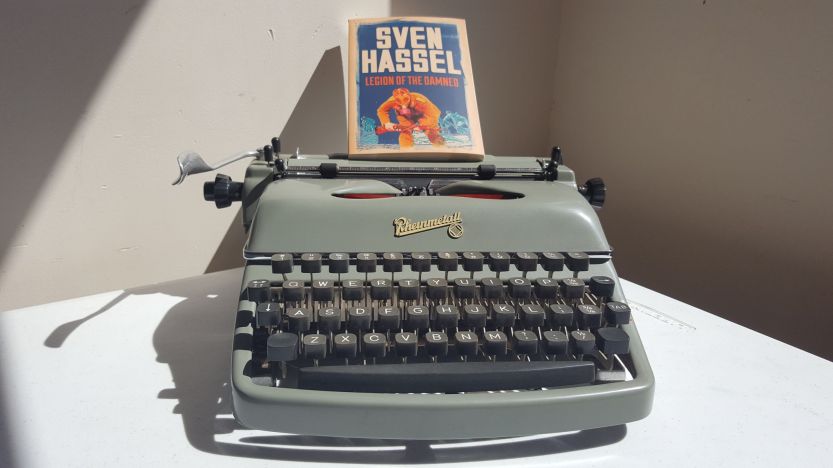 Sven Hassel passed away peacefully in Barcelona in 2012, where he had resided since 1964.
Extracts from: The official Sven Hassel website.