According to The Huffington Post and other online sources, children’s author Michael Bond used an Olympia SM9 to write several of his Paddington Bear stories. In January 2014, the typewriter was shown at an exhibition “A Bear Named Paddington” at the Museum of London: 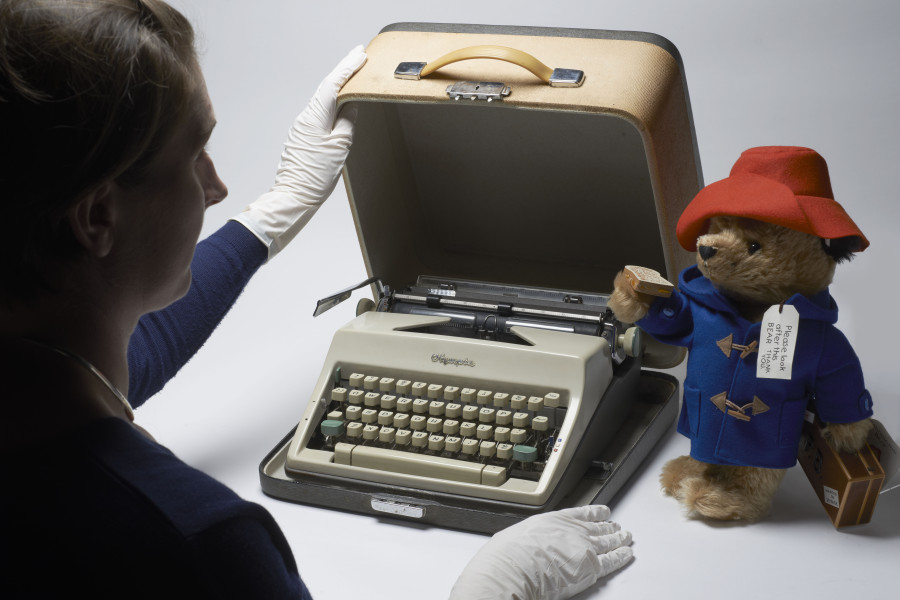 The original typewriter that Michael Bond used to write “Paddington at Work” and “Paddington Goes to Town” once he left the BBC in 1965 to work on Paddington full-time.

Interestingly, four years earlier, in April 2010, according to The Guardian: New Paddington Bear Exhibition Opens in Reading, a different typewriter was put on display:

‘The Life and Times of Paddington Bear’ is being shown at the Museum of Reading, the home town of the author, Michael Bond. It plots the story from the very first book ‘A Bear Called Paddington’, published in 1958, to the most recent, ‘Paddington: Here and Now’ published in 2008, exactly 50 years later

Author Michael Bond’s “original” typewriter, which he used to write the Paddington Bear stories. It is shown along with his spectacles and Paddington’s notebook. Photograph: Spencer Gale/INS News Agency

Both seem feasible. Certainly you can’t question the author’s taste in typewriters.