This weekend, having got my hands on an Olivetti Lettera 22, I was able to cross a typewriter off my ‘wanted’ list.

Nice catch, you say, but what’s the link (apart from the number “22”) between my typewriter and the  novel written by Joseph Heller? 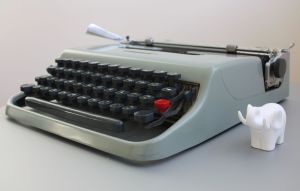 Well there isn’t one –  at least not a direct  link, but you can always find an indirect one, if you try hard enough. 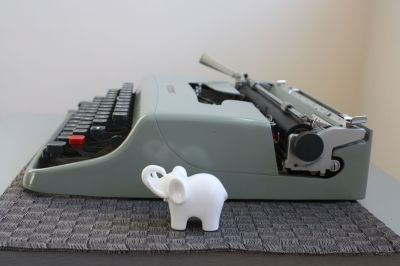 First thing to do was to look for a photograph of  Joseph Heller sat in front of a Lettera 22. Sadly, he was captured instead in the company of a Smith Corona Classic.

Okay, forget the novel, what about the 1970 movie adaptation? Screenwriter Buck Henry, fresh from his success with The Graduate, was the writer assigned to write the screenplay – and yes, you’ve  guessed it, here he is pictured alongside a…

But let’s not give up just yet – a year later, 1971, Buck is seen with French actress Catherine Rouvel and Milos Forman during a story conference for the Yugoslav film I Miss Sonja Henie  – and yes,  if I’m not very much mistaken, that’s a …

Closer but no cigar (cigarettes yes, cigars no).

Wait a minute though, what about Mike Nichols, the director of Catch 22 – more recently also the director of Charlie Wilson’s War, a movie starring Tom Hanks. Everyone knows Tom Hanks owns a Lettera 22, right?

More pictures of my prize catch! Thanks for reading. 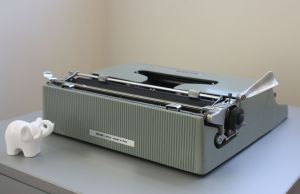 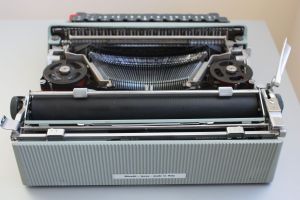