A “Clockwork Orange” post by b4cksp4ce a few days ago,  got me to thinking about the author of that novella: Anthony Burgess.

An article at http://www.anthonyburgess.org describes how Burgess, as a fan of Josephine Baker, bought an upright piano she once owned. “He claimed that his love of the piano was analogous to the affection he had developed towards the instrument of his trade: the typewriter. ”

If anyone could draw that analogy, Anthony Burgess could. How many of you know that he was also a talented composer? I certainly didn’t.

“This “obscurity created by the wrong kind of fame” was a cross borne by a person who was one of the most famous writers and one of the most obscure composers of the last 50 years: John Wilson, better known to the world as Anthony Burgess (1917-1993). Suppose from the age of 12 your life’s ambition was to be a well-known composer, but life had other plans. After sedulously creating scores for the drawer for years while married to an unmusical wife and working as a schoolteacher, at age 39 you suddenly are a first-time published novelist three years after the BBC turned down your Passacaglia for Orchestra. Then, book by book, slowly but steadily, you become a well-known writer. At 54 you abruptly become a celebrity when one of your least favorite of your own novels is made into an extremely notorious motion picture. As a by-product of this sudden fame, the world (sort of) discovers you are also a composer, and in your remaining 22 years, you (now remarried to a music-loving wife) for the first time enjoy professional performances, some very modest income as a composer, and a long-delayed fulfillment. Yet even after your death people still don’t seem to remember or care that you were a composer. A good one.”

See a full review of A Clockwork Counterpoint: The Music and Literature of Anthony Burgess by Paul Phillips here.

Anthony Burgess owned and used various typewriters during his lifetime – 5 of which are  on display at the International Anthony Burgess Foundation in Manchester, England, and which can be seen here on  Paul Gorman’s blog.

“Literature is not easy, but without literature we are lost.”

Clearly, Anthony would have been lost without his typewriters. Check out the following book covers:

The Complete Enderby… (remind you of anyone?) 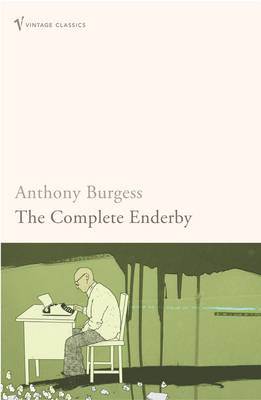 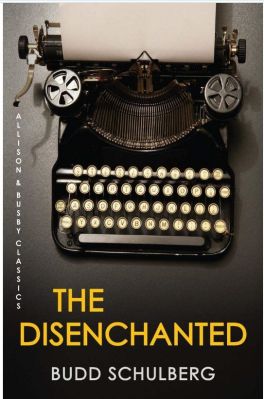 And Marlowe, Shakespeare, Burgess… Anthony Burgess and His Elizabethan Affiliations a collection of papers from the fourth international symposium of the Anthony Burgess Centre at the University of Angers…

Who says you can’t judge a book by its cover? Thank you for reading and thank you, Mr Burgess.

5 thoughts on “A Clockwork Counterpoint”